A series of six photographs from the Polyfest Portrait Project is now on permanent display at Manukau Institute of Technology’s new centrally located Manukau campus! Commissioned by the Institute, the series is entitled, Portrait of a Generation. This selection was made specifically for the site – the massive exterior wall of the new campus theatre; the photographs are best viewed from outside the building on Davies Avenue. 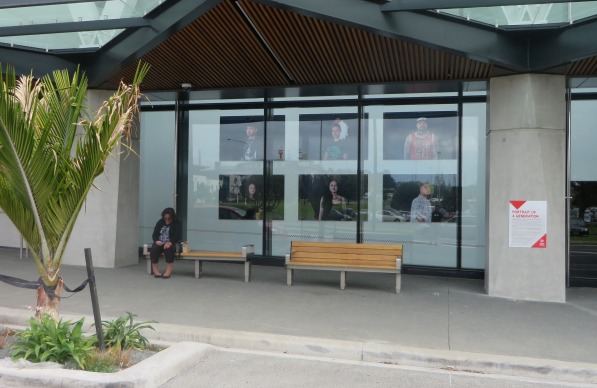 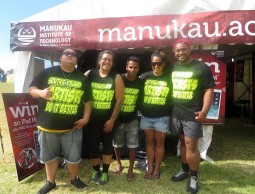 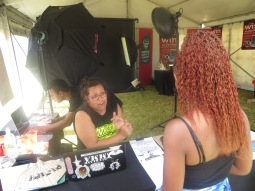 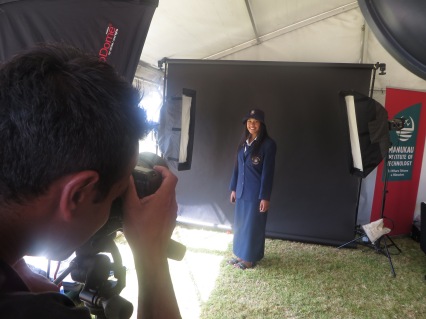 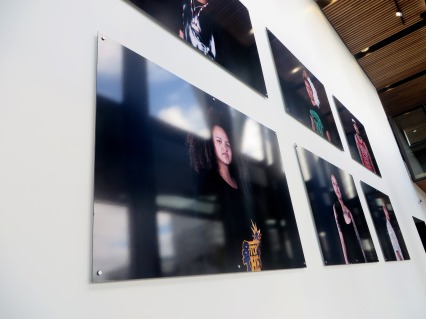 Since 2009, they’ve set up a make-shift photo studio at the festival to document elements of personal style from bold fashion ensembles to eye-catching hair art. In a series of now over 300 photographs, the Polyfest Portrait Project captures youth in South Auckland as proud, culturally grounded and full of potential.

Vinesh and Ema worked with MIT Faculty of Creative Arts students to produce the 2014 series sharing their knowledge and experience in photography and portraiture techniques, project management and curatorial processes.

Pursuing a Bachelor of Visual Arts at MIT enabled Vinesh’s first foray into photography. His graduate work documented a highly personal journey retracing his family’s historical migration from India to Fiji and on to New Zealand. The experience helped form an acute awareness of the power of the lens and the position of the photographer.

Studying visual arts gave Vinesh a strong technical and critical perspective on the discipline of photography as well as a deep respect for portraiture. After graduating, he moved into the commercial sector where he’s been able to work on notable national and international photographic campaigns in Africa, Asia and the Pacific. He’s currently working on a powerful series of daily portraits of individuals he encounters on his travels and within his day-to-day life living in Māngere; the entire series is shot on an iPhone and accessible via Instagram.

Ema majored in sculpture and loved contextual studies and writing. With a special interest in Pacific art and audiences, she got involved with volunteering opportunities and started working on public exhibitions and community events during her final year of study. She went on to manage Fresh Gallery Otara and held the role of Pacific Arts Coordinator for Manukau City Council (later Auckland Council) from 2006-2012. Ema now works as a freelance arts manager, curator and advisor offering an annual internship to senior Creative Arts students to gain professional experience in arts project management.

Check out another selection of works from the 2014 Polyfest Portrait Project published on the NZ Herald website. 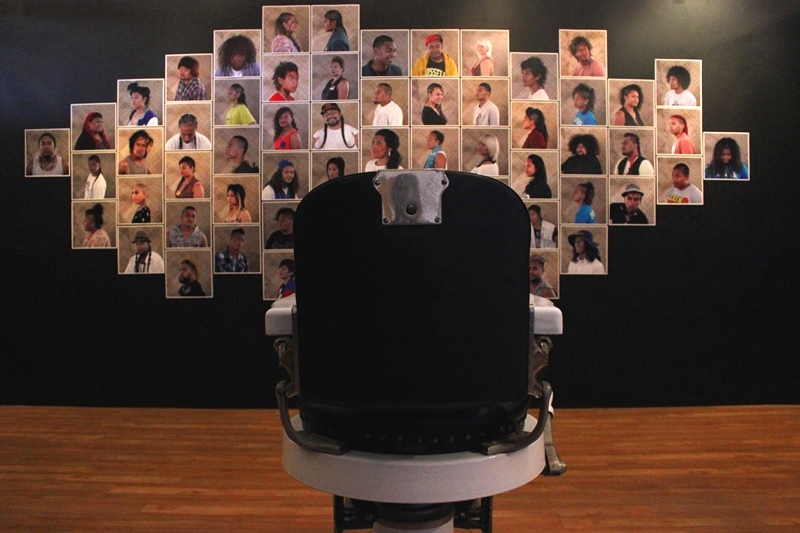 Hear Vinesh and Ema discussing the second manifestation of the Polyfest Portrait Project in the form of the Polyfest Hair Project that was first shown at Fresh Gallery Otara in May 2012.