I had a wickedly good time with Yolande Ah Chong on the Radio531pi Breakfast show this week!

Radio531pi is a grassroots Pacific station based here in South Auckland, part of the Pacific Media Network that also delivers NiuFM, a nationwide radio station targeting a younger demographic. It’s Tongan Language Week here in New Zealand; an initiative to promote the teaching and learning of the Tongan language and encourage its use in the home, in education, at work, in government, media, sports, the arts, church and community! The Pacific Media Network offices are decked out to the max: Tongan bark cloth and mats line every wall, there are beautiful floral arrangements in every corner, a Tongan flag across the Reception desk and prints of Tongan monarchs dating back to 1875 show an intriguing transition of leadership looks!

Ana Lakusa with work from her “From Heaven to Hell” series 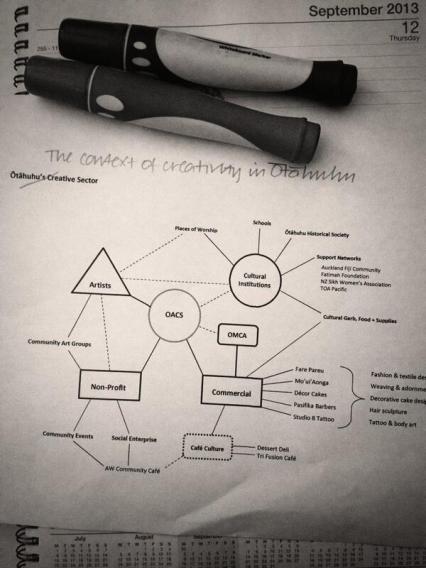 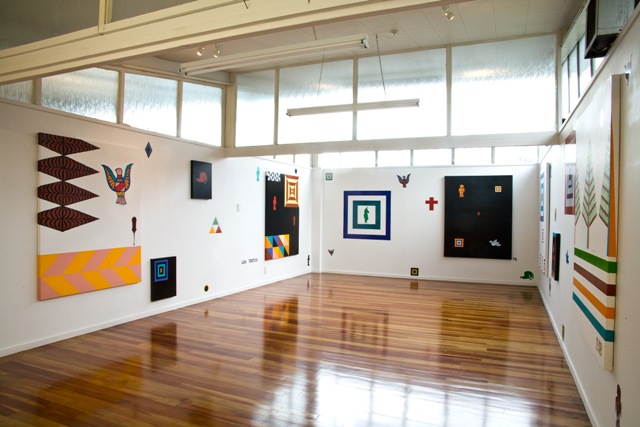 On Facebook, I’ve been posting some Tongan art, artists and inspiration this week. The Auckland art collective No‘o Fakataha is a good source for contemporary Tongan art and artists as is the suburb of Ōtāhuhu in South Auckland! Ōtāhuhu has been on my mind this week; I’ve been investigating a model of mapping the suburb’s creative capacity, thinking about businesses that employ, value and sell creative products and services. Studio 8 Tattoo opened a couple of months ago on Saleyards Road; they have five resident tattoo artists working onsite. With the new bus-train interchange proposed at Ōtāhuhu Train Station, Saleyards Road is probably a good place to be in the coming years.

I’m excited to be attending Survive & Thrive next week at AUT University thanks to Arts Regional Trust Te Taumata Toi-a-iwi (ART). It’s always good energy being around innovators and entrepreneurs – I’ll be live tweeting and contributing some PIMPI insights to the #SurviveThrive dialogue!

I’ve worked with Luisa on a number of projects and she was even the subject of an artwork I made for my 2009 solo exhibition, BLOOD+BONE. Two of the works from that exhibition along with another painting on Fijian masi (bark cloth) are part of the upcoming Kings College Fine Art Sale taking place from 8-10 November. I’m also part of the event’s speaker series and planning a meaty talk about the politics of representation regarding curating, art making and advocating for Pacific art and artists. Watch this space! 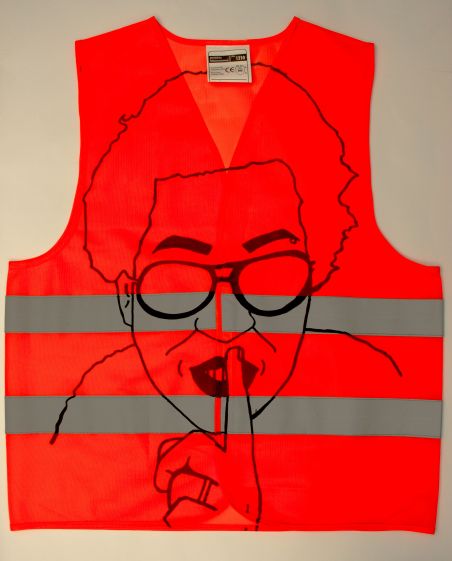